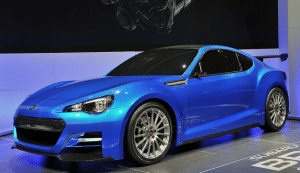 Need window replacement for your Subaru? We’ve been repairing windows and mirrors for Subaru’s and other automobiles in the Phoenix Valley since 2001.

Subaru is the automobile manufacturing division of Japanese transportation conglomerate Fuji Heavy Industries (FHI), the twenty-second biggest automaker by production worldwide in 2012. Subaru is known for its use of the boxer engine layout in most of its vehicles above 1500 cc as well as its use of the Symmetrical All Wheel Drive drive-train layout since 1972.

Models Of Subaru Vehicles We Do Auto Glass For

By the usual measurements, Subaru should be no more than an afterthought in the U.S. car market. It sells just seven car and crossover models and accounts for a slim 2.3% of U.S. auto sales.

Yet Subaru has racked up more endorsements by independent arbiters of automotive quality and safety than just about any other manufacturer.

Consumer Reports rates Subaru above Mercedes-Benz, BMW, and every other manufacturer in performance, comfort, utility, and reliability, and says the company makes the best cars in America.

Subaru is the Japanese name for the Pleiades star cluster M45, or “The Seven Sisters” (one of whom tradition says is invisible – hence only six stars in the Subaru logo), which in turn inspires the logo and alludes to the companies that merged to create FHI.