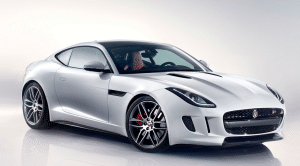 Need windshield repair for your jaguar? We’ve been repairing windows and mirrors for jaguar’s and other automobiles in the Phoenix Valley since 2001.

Jaguar Cars LTD, was first founded in 1922 and has been designing exquisite automobiles ever since. When Jaguar began in 1922, they were known as the “Swallow Sidecar Company” and designed motorcycles.

It was not until the late 1940’s that Jaguar made a name for itself by designing sports car and competing internationally in motor sports.

In the 1950’s, Jaguar’s motto was “Grace, Space, Pace” which was demonstrated in their design and engineering. However, it was not until the late 1960’s that Jaguar created the engine that would prove to carry Jaguar even further in their achievements.

Jaguar continued to design stunning automobiles for both the racing sport as well as customers who understood and appreciated exquisite cars.