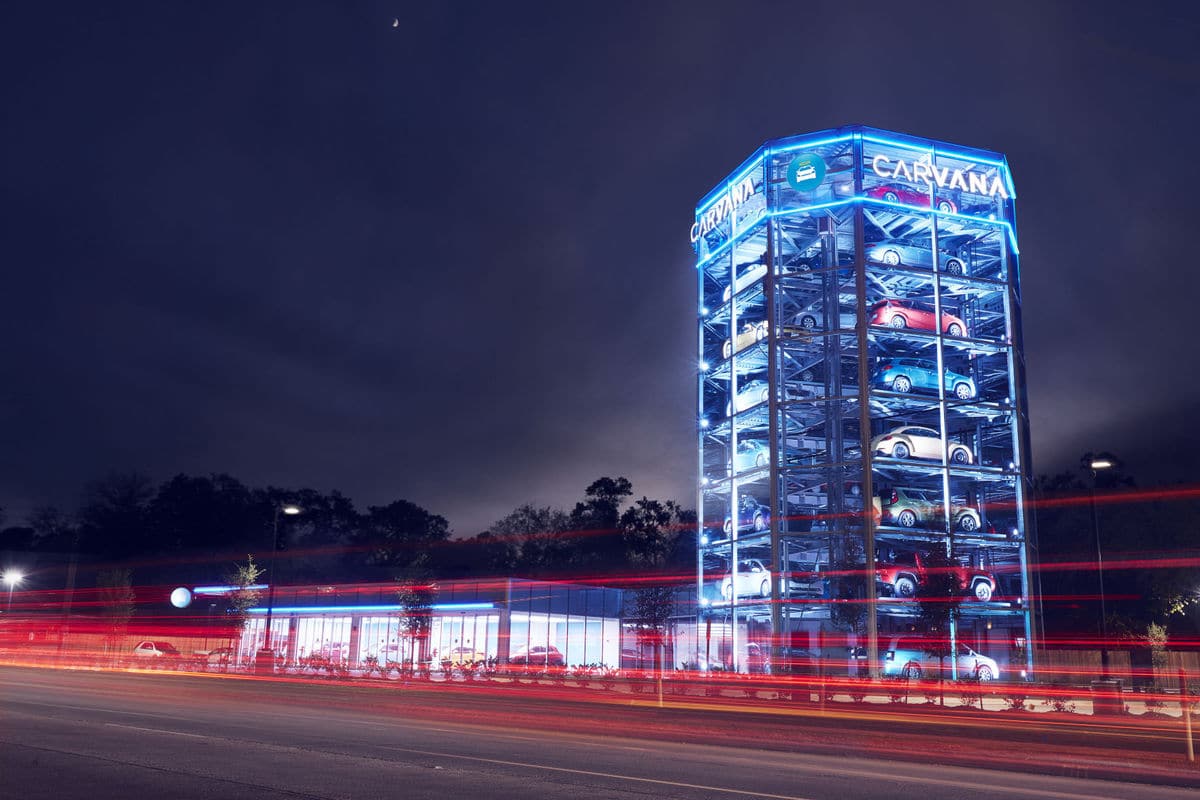 The vending machine would be operated by online used-car dealer Carvana, which already has vending machines in Nashville, Houston, Austin, San Antonio and Dallas. The company has a smaller version of the concept in Atlanta as well.

Now the Arizona-based company is looking to place a car-vending machine on a vacant lot at the northwest corner of Gilbert Drive and Scottsdale Road, north of Loop 202. The entire car buying experience takes place online.

Carvana officials are asking the Tempe City Council to allow the company to build the glass, nine-story vending machine and allow automotive retail on land that was designated to be a general industrial district. Company officials note the footprint is much smaller than a typical auto sales lot.