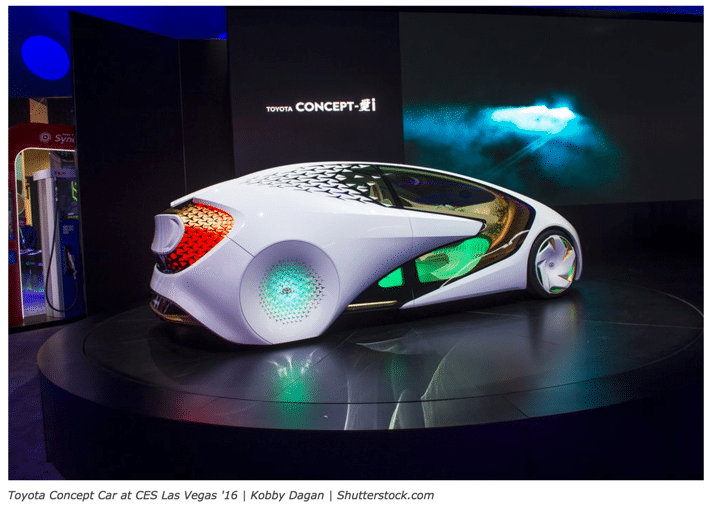 Toyota is coming up with a new version of a hybrid vehicle that has camera’s over the mirrors.

Toyota has patented two concepts for its electric and driverless cars: mini wind turbines for extra power and performance, and a camera system to replace side mirrors.

Toyota Motor Corp. is still the largest carmaker in the world after the German Volkswagen slightly missed the mark and came in second in 2016.

Twenty years after the launch of the iconic Prius as the world’s first hybrid car, Toyota now has no less than 33 models of hybrid vehicles. Cumulative sales of Toyota hybrids surpassed the 10 million mark as of last January–sparing the world 77 million tons of CO2–and the company aims to sell 15 million hybrids by 2020.

You can read the full story at Edgy Lab.