We Come To You! – Hyundai Santa Fe Auto Glass Repair

Previous Next
We Come To You! – Hyundai Santa Fe Auto Glass Repair 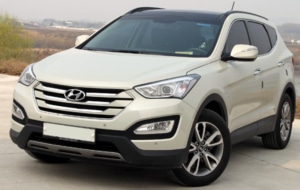 Need window repair Phoenix for your Hyundai? We are an auto glass company located in Chandler and we have been replacing windows and mirrors for Hyundai Santa Fe’s and other automobiles in the Phoenix Valley since 2001.

We Come To You! – Get the window replaced or repaired on your Hyundai Santa Fe while you are at work, school or home in less than an hour. No cheap gimmicks, no surprises, no hidden fees when it comes time to pay.

We’ve got a lifetime warranty that puts all concerns of leaks, air noises, molding retention, and manufacturer’s defects to rest.

Why Choose Reliable Glass For Your Hyundai Santa Fe?

The Hyundai Santa Fe is a sport utility vehicle produced by the South Korean manufacturer Hyundai since 2000. It is named after the city of Santa Fe, New Mexico, and was introduced for the 2001 model year as Hyundai’s first SUV, released at the same time as the Ford Escape and Pontiac Aztek. The Santa Fe was a milestone in the company’s restructuring program of the late 1990s because, despite receiving criticism from journalists for its obscure looks,[clarification needed] the SUV was a hit with American buyers. The SUV was so popular that at times, Hyundai had trouble supplying the demand. The Santa Fe quickly became Hyundai’s best seller and contributed to Hyundai’s success in the United States.