Bridge Made Of Glass

Previous Next
Bridge Made Of Glass

The Unites States has a bridge that crosses the grand canyon, called the Grand Canyon Skywalk, which is 69 feet long and 718 feet above the ground.

China’s new bridge is a staggering 1,410 foot long and 3,543 feet high above one of China’s most beautiful National Parks, the Yuntai Mountain Geological Park, in the Henan Province. The new bridge can withstand winds of up to 100mph and is made of glass.

The architect who designed the bridge, Dotan, originally said he would not build a bridge and ruin such a beautiful view of a national park, unless, he later said, they let him make it of glass, so it was an as invisible as possible.

See more pictures and read more about it from author Keith Flamer at Forbes.com 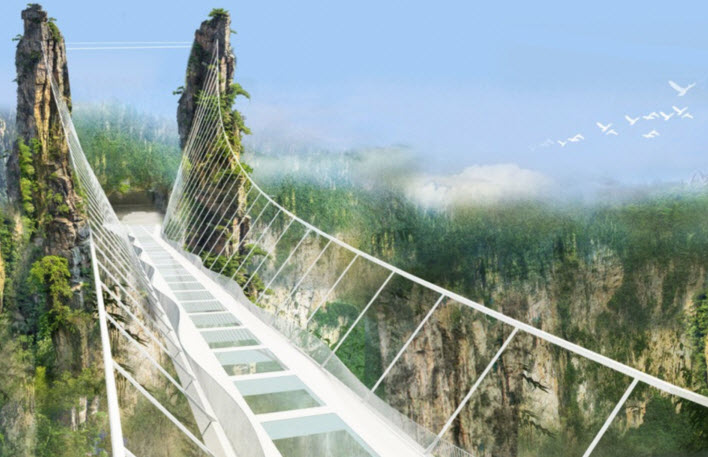