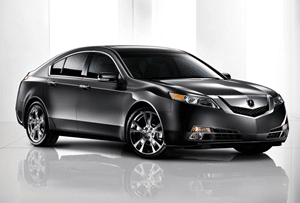 Need Phoenix AZ window repair for your Acura? We’ve been repairing windows and mirrors for Acura’s and other cars and trucks in the Phoenix Valley since 2001.

Acura, manufactured by automaker Honda, holds the distinction of being the first Japanese automotive luxury brand. The brand was launched in the United States and Canada in March 1986, marketing luxury, performance, and high-performance vehicles.

Since its inception, Acura has been a trailblazer in the automotive industry. In the late 1980s, the success of the company’s first flagship vehicle, the Legend, inspired fellow Japanese automakers Toyota and Nissan to launch their own luxury brands, Lexus and Infiniti, respectively.

The Acura logo, introduced in 1990 for the 1991 model year, is, according to Honda, a caliper – a design tool used for measuring that can also be interpreted as a skewed “H” (for Honda) or a stylised “A” (for Acura).

We are experts at replacing auto glass and repairing rock chips in the following Acura models: